Somayeh Dodge received a Faculty Early Career Development Program Award from the National Science Foundation from the National Science Foundation for the project titled CAREER: Modeling Movement and Behavior Responses to Environmental Disruptions. This interdisciplinary project will transform research and education in geographic information science by integrating information on both spatial and temporal change using computational movement analytics. With this study, Somayeh and her team will investigate three core research questions in three different contexts as seen in the framework below: RQ1) Are individuals’ movement and behavior driven by their environment, and how do these relationships vary across spatial scales? RQ2) How can data science better capture movement patterns that reflect change in behavior? RQ3) How can movement be used as a proxy to understand and predict the behavioral adaptation of individuals caused by disruptive events? 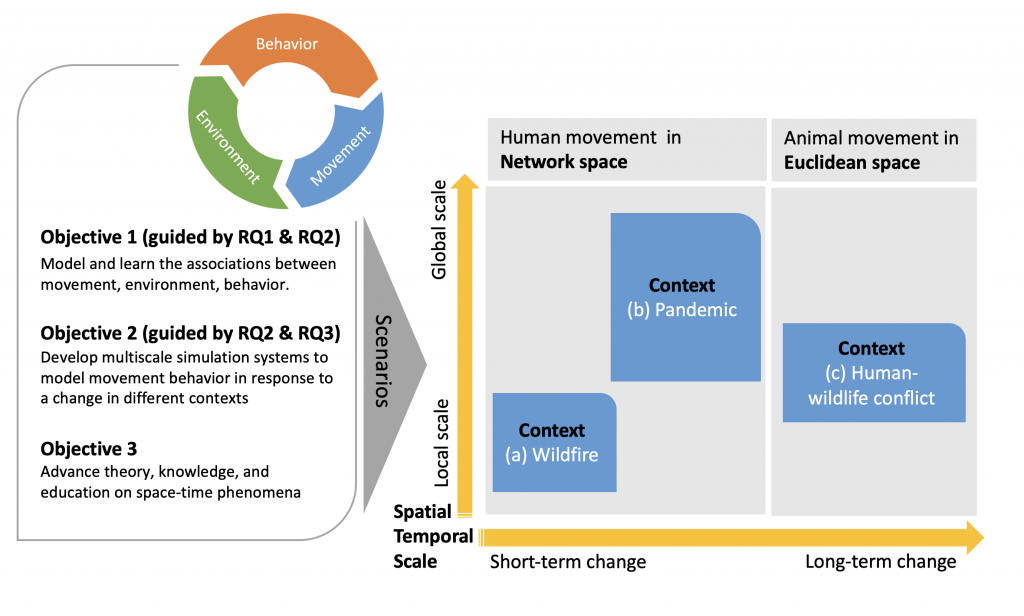